December marks the 13th month since Disney+ launched. It also marks 13 months of adding new content on a monthly basis for Disney’s streaming service. In December, fans will see the conclusion of season two of The Mandalorian. They will also see the world premiere of Disney-Pixar’s Soul on Christmas Day. These just a couple of the offerings that will be arriving on Disney+ in December 2020. Take a look at the full listenings below! The Nutcracker and the Four Realms

Godmothered Premiere
Set at Christmas time, “Godmothered” is a comedy about Eleanor, a young, inexperienced fairy godmother-in-training (Jillian Bell), who upon hearing that her chosen profession is facing extinction, decides to show the world that people still need fairy godmothers. Finding a mislaid letter from a 10-year-old girl in distress, Eleanor tracks her down and discovers that the girl, Mackenzie, is now a 40-year-old single mom (Isla Fisher) working at a news station in Boston. Having lost her husband several years earlier, Mackenzie has all but given up on the idea of “happily ever after,” but Eleanor is bound and determined to give Mackenzie a happiness makeover, whether she likes it or not.

The Mandalorian “Chapter 14”
The Mandalorian and the Child continue their journey, facing enemies and rallying allies as they make their way through a dangerous galaxy in the tumultuous era after the collapse of the Galactic Empire.

Extras – Beyond the Clouds: Where It All Began Premiere
Beyond the Clouds takes an exclusive look inside the production and inspiration behind the Disney+ original movie. The short form docuseries can be found under extras for Clouds. A total of nine episodes will premiere weekly with the final episode streaming on January 29. In the first episode, director Justin Baldoni stumbles upon Zach Sobiech’s story and sets out to find him. From their very first meeting, Justin realizes this young musician’s story is special and that Zach’s desire to make an impact before he leaves this world can inspire people everywhere.

The Wonderful World of Mickey Mouse

“Keep On Rollin’”
Mickey and his friends’ disco night at the roller rink is placed in peril when their fun is crashed by Peg-Leg Pete and his gang.
“The Big Good Wolf”
Mickey Mouse attempts to turn the Big Bad Wolf into a good person.

Safety Premiere
“Safety” is a drama inspired by the empowering story of former Clemson University football safety Ray McElrathbey (Jay Reeves), a young man facing a series of challenging circumstances, whose dedication and persistence help him to triumph over repeated adversities. Aided by his teammates and the Clemson community, he succeeds on the field while simultaneously raising and caring for his 11-year-old brother Fahmarr (Thaddeus J. Mixson).

The Mandalorian “Chapter 15”
The Mandalorian and the Child continue their journey, facing enemies and rallying allies as they make their way through a dangerous galaxy in the tumultuous era after the collapse of the Galactic Empire.

Extras – Beyond the Clouds: Meet the Sobiechs
Intercut with footage from their auditions, we meet Fin, Sabrina, Madison, Neve, and Tom as Justin sends the cast to meet their real-life counterparts in Minnesota and New York City. The group bonds over their love of Zach, and the actors discover inspiration to bring their roles to life.

The Wonderful World of Mickey Mouse

“The Brave Little Squire”
Mickey dreams of being a knight, but when he is chosen to be Sir Mortimer’s squire, he discovers his new boss’s heroic reputation is a fairytale.
“An Ordinary Date”
Mickey and Minnie attempt to make their ordinary dinner date into something extraordinary. 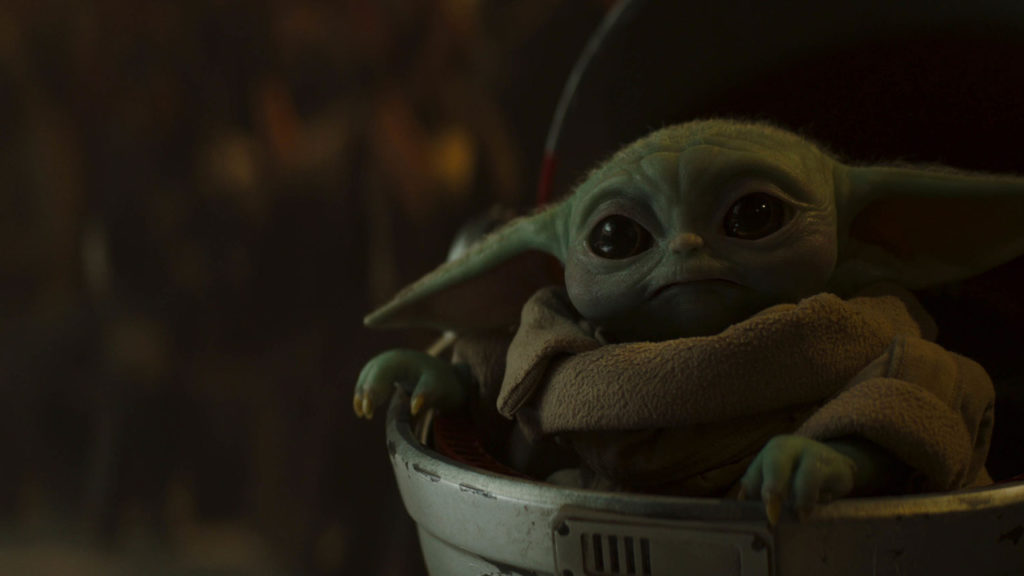 Buried Truth of the Maya

On Pointe Premiere
“On Pointe” is a six-part docu-series that captures a season in the School of American Ballet (SAB) in New York City. Featuring unprecedented access to the famous ballet institution, the series follows the lives of the students ages 8 to 18 pursuing their dreams to become ballet dancers.While older students from all over the country rigorously train for professional careers, younger students from New York City are put through their paces as they rehearse and perform in New York City Ballet’s holiday classic “George Balanchine’s The Nutcracker” onstage at Lincoln Center.

Arendelle Castle Yule Log Premiere
For your holiday celebrations, set the wintry mood with Anna and Elsa’s Arendelle Castle yule log. The castle is newly decorated this year with elements harkening back to Anna, Elsa, Olaf, Kristoff and Sven’s recent journey to the Enchanted Forest. Happy Holidays from Arendelle!

Dory’s Reef Cam Premiere
Dive into the waters below and watch the aquatic wildlife from the world of Nemo and Dory.

Extras – Beyond the Clouds: Creating Zach’s World
Justin speaks to the significance of intertwining surprising elements throughout the film to create and maintain not only the sincerity of the set but also the emotional resonance through the entirety of production. From Zach’s director’s chair to wardrobe and set dressing, it starts to become quite clear — Zach is here every step of the way.

The Mandalorian Season Finale “Chapter 16”
The Mandalorian and the Child continue their journey, facing enemies and rallying allies as they make their way through a dangerous galaxy in the tumultuous era after the collapse of the Galactic Empire.

“Supermarket Scramble”
Mickey and his friends’ plans for a barbeque get sidetracked after a quick trip to the supermarket turns into an odyssey.
“Just the Four of Us”
Donald and Daisy’s little lie becomes a big problem when they try to get out of a group date with Mickey and Minnie.

ALL THAT JAZZ – In Pixar Animation Studios’ upcoming feature film “Soul,” Joe Gardner is a middle-school band teacher whose true passion is playing jazz. A single unexpected step sends him to the cosmic realms where he finds the “You Seminar”—a fantastical place where Joe is forced to think again about what it truly means to have soul. Jamie Foxx was tapped to voice Joe. Directed by Academy Award® winner Pete Docter (“Inside Out,” “Up”), co-directed by Kemp Powers and produced by Academy Award® nominee Dana Murray (Pixar short “Lou”), “Soul” opens in theaters on June 19, 2020. © 2019 Disney/Pixar. All Rights Reserved.

SoulPremiere
What is it that makes you…YOU? Pixar Animation Studios’ all-new feature film “Soul” introduces Joe Gardner (voice of Jamie Foxx) – a middle-school band teacher who gets the chance of a lifetime to play at the best jazz club in town. But one small misstep takes him from the streets of New York City to The Great Before – a fantastical place where new souls get their personalities, quirks and interests before they go to Earth. Determined to return to his life, Joe teams up with a precocious soul, 22 (voice of Tina Fey), who has never understood the appeal of the human experience. As Joe desperately tries to show 22 what’s great about living, he may just discover the answers to some of life’s most important questions.

BurrowPremiere
A young rabbit embarks on a journey to dig the burrow of her dreams, despite not having a clue what she’s doing. Rather than reveal to her neighbors her imperfections, she digs herself deeper and deeper into trouble. After hitting (bed)rock bottom, she learns there is no shame in asking for help.

Extras – Beyond the Clouds: A Musical Miracle
When Justin tasks Fin with creating an original song to be performed in the film, Fin surprises himself and everyone else when he discovers that his new song is directly connected to one Zach had been writing but was unable to finish before he passed away. Nothing short of a miracle, the story deeply touches Justin and, especially Zach’s girlfriend, Amy.

What offering in December on Disney+ are you most looking forward to? Let us know in the comments below!