Animation. It is what has defined Walt Disney to so many people, myself included. So, when I heard the news that The Magic of Disney Animation attraction at Disney’s Hollywood Studios here in Orlando was closing down, my heart sank.

I can remember when I was young, our family would take the tour of the animation studio located there. The tour took you through the animation process from start to finish. In the opening movie, which was hosted by Walter Cronkite and the late Robin Williams, Robin was turned into an animated little boy in the style of a Lost Boy from Peter Pan. This animation studio was responsible for a handful of animated films such as Mulan, Lilo & Stitch, and Brother Bear. They also created two of the Who Framed Roger Rabbit shorts “Roller Coaster Rabbit” and “Trail Mix-up”. And let’s not forget the “Be Our Guest” sequence from “Beauty and the Beast”. But despite their list of credits, the animation studio itself was shut down in 2004.

The highlight of the attraction since then has been the Animation Academy. In this class, you are seated at desks that resemble that of a classic animators desk, complete with a backlit drawing board. A cast member would then get a vote on which character they would teach. There were many times where a crowd was quite torn as to which they would choose. Usually the instructor would make the final call. That’s where the fun begins. The instructor would lead you step by step in creating your own masterpiece. I can recall many times when my friends and I would sit in the back row, and constantly make fun of the crooked eyes, or the evil scowl that’s supposed to be a welcoming smile.

The attraction closed officially on July 12, 2015, much to the dismay of all of the fans of the attraction as well as the Cast Members who worked there. I spoke to a couple of them on that final Saturday to see if there was any news as to what will replace this attraction, but none of them knew. It was surprising to me how little time there was between the announcement and the date it was to be closed. But, I’m sure Disney must have something good in store to warrant such a sudden change.

Though it had been a staple to my visits to Hollywood Studios, I look forward to the future of this park. So, goodbye The Magic of Disney Animation. You left us far too quickly, but you will forever be in our hearts. 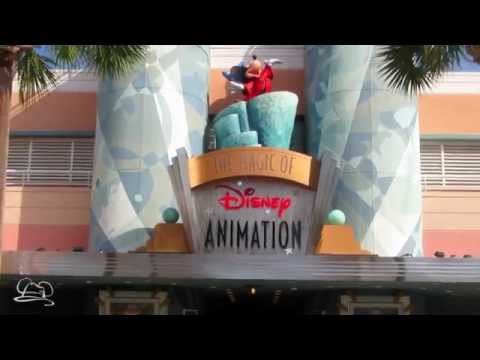