Welcome to The DAPsies! This is the ultimate awards show that is the only one you need to watch.

As with all years, The DAPsies cover the categories of Movies, YouTube, People, Geekdom, and The Corner. Without further adieu, here is The DAPsies: 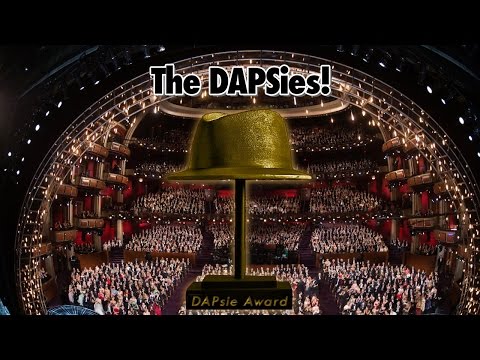 We hope you have enjoyed this year’s DAPsies awards. Please feel free to suggest awards for next year!