Major Disneyland Anniversaries are often times a huge celebration that spans over a year or two. While we were hopeful for the park to be open by its 65th Anniversary, it just wasn’t meant to be. In lieu of in-person celebrations, the Walt Disney Family Museum did a five-hour live-stream celebrating all things Disneyland. A number of Disney legends, luminaries, and friends had a part in this special virtual extravaganza! It was filled with amazing content, and I definitely watched all of it!

The Virtual Community Day started off with Disneyland Resort announcers, Bill Rogers and Camille Dixon. They gave us a hilarious look at their daily routine, and then shared their own personal Disney stories and memories. They also shared some Disneyland memories that were submitted by fans.

Next in the program line-up was a look at home movies from Disneyland’s opening day! Randy Haberkamp, from the Academy of Motion Picture Arts and Sciences’, had this incredibly rare color footage of Disneyland. The footage was from legendary Disney animator, Ward Kimball. Randy brought on a special guest, Chris Lord, grandson of Ward Kimball to share in this program. As they showed the footage, Chris was able to talk about his family and Disney memories. It was so cool to see vintage home footage and photos of the early days at the Happiest Place on Earth!

Next up was a look at my most favorite part of the museum, the Disneyland model. Chris Mullen, the Marketing and Communications Assistant, gave a virtual tour with some information about its production. Creating this model stemmed from Walt’s love of miniatures, which some are even on display in the museum! It was created in collaboration with Kerner Optical, who used to create models and props for the earlier Star Wars films. The model was made up of 18 large segments, at 1/187th scale. It took 9 months to create, and cost almost one million dollars to produce. Walt Disney Imagineering also played a part in the production, as they created Sleeping Beauty Castle  for the centerpiece.

While there’s no specific time-frame for what year the park is supposed to represent, it was to symbolize the Disneyland of Walt’s Imagination. Of everything to see at the museum, I always end up spending so much time admiring the details of the model. It is my favorite part and always has been!

After the behind the scenes look at the model, Bri Bertolaccini, Marketing Manager for the museum, did a special Instagram live trivia of the original lands of Disneyland! In addition to all of the amazing programs of the day, many friends and former program guests send in videos of their favorite Disneyland memories.

The next program was a replay of the first Happily Ever After Hours event with Legendary Imagineer, Bob Gurr. He shared so many experiences about working for Disney, as well as working on so many iconic attractions. Bob is also hilarious and great fun to listen to. It was one of my favorite parts of the whole program!

It’s All in the Family

The last program of the day was a live interview with Chris Crump, former Imagineer and son of another legendary Imagineer, Rolly Crump. He told stories about Disneyland, growing up at WED, and his eventual career with Walt Disney Imagineering. Chris told this story about how he didn’t tell his dad that he had gotten a job there until the day before he started. He wanted to get the job on his own merit without his dads help, and he was surely qualified for the role. I didn’t realize that he worked on so many iconic attractions!

One of the most special projects he did was work on Haunted Mansion Holiday, which was special as his dad worked on the Haunted Mansion. They were able to collaborate on some projects as they both were at Imagineering for some time. What an incredible family legacy to have! *Note that Chris’ portion is not in the current stream of the Community Day.

The program ended with a special announcement about the next virtual exhibit coming to the Walt Disney Family Museum. Here is the stream of a majority of the programming from that day! Enjoy! 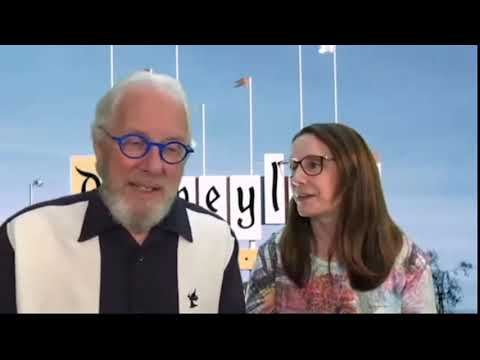 Check out WaltDisney.org for more upcoming events, as they keep announcing new and exciting virtual experiences, like the Alan Menken Concert!