Disney Parks have done seasonal after hours parties for many years, and they’re always a sought after event. Disneyland offers yearly Halloween parties, while Walt Disney World offers both Halloween and Christmas parties. This year, the Disneyland Resort unveiled Oogie Boogie Bash, a party celebrating the spookiest time of year! In addition to this new offering, it has moved to Disney California Adventure. The parties no longer happen in Disneyland, but Halloween Screams, the party exclusive fireworks show, can be seen by all!

I was able to attend the first ever Oogie Boogie Bash, which was a lot of fun! While my group had a great time, there were definitely some pros and cons of the event. I’ve had the chance to attend Mickey’s Halloween Party when it was at Disneyland, Mickey’s Not-So-Scary Halloween Party in Walt Disney World, and now Oogie Boogie Bash in DCA. With that, I’ll be going over the pros and cons of each event, and also compare them to see which was my favorite.

We’ll start with Oogie Boogie Bash, as it’s the newest and it may see some of the cons change over the coming weeks, as this is not to deter anyone who is attending this party. Oogie Boogie Bash is full of new entertainment offerings, themed trick-or-treat trails, and even some rare characters. The exciting part is, almost everything is new! There are plenty of new and unique experiences, which added extra fun elements to this party. 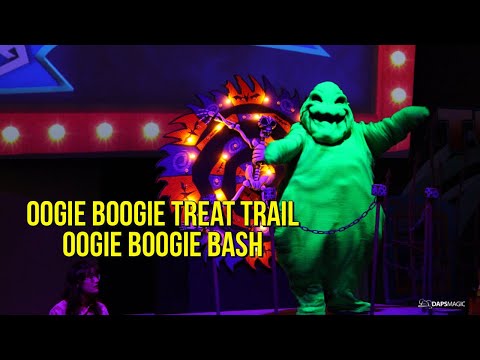 Let’s start with the Pros of the night:

Now, on to the Cons, as we did encounter a few:

Overall, we had a great time at Oogie Boogie Bash, and accomplished quite a bit. I was with an awesome group of people that made everything so much fun!

Next up, Mickey’s Halloween Party! This party was hosted in Disneyland for about 10 years, and I was able to go to three of them over the years. While I don’t remember the details of each of them, I remember that I thoroughly enjoyed them. I mean, I went to three, so it was clearly something I wanted to pay for year after year.

Mickey’s Halloween Party was a great seasonal offering, but they got more expensive and busy, which made it less exciting to go. Although I loved them, the price is usually what deterred me.

Now, on to the other side of the country where we’ll talk about Mickey’s Not-So-Scary Halloween Party in Walt Disney World. This party takes place at Magic Kingdom, and it has for over twenty years. My roommates and I experienced this party last year and had a phenomenal time!

Mickey’s Not-So-Scary Halloween Party was a blast, and I would do it again in a heartbeat if I was in Walt Disney World during the Halloween season. 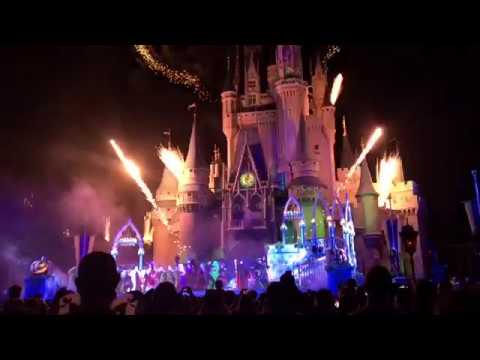 After going over the pros and cons of each Halloween Party that Disney Parks have offered that I’ve attended, I want to compare them a little bit:

The winner… Mickey’s Not-So-Scary Halloween Party! Given all of the pros of the party, the quality of the evening and offerings, and the price, I would do it again every year. I would honestly go to Florida every year in the Fall if I really wanted to do a Halloween party every year. Mickey’s Halloween Party was in second place, as I enjoyed it, but the price hikes each year and crowds made it a little less fun. Oogie Boogie Bash comes in third place, as we had fun, but I don’t feel the need to do it again in the next couple of years.

What Halloween Parties have you been to, and which was your favorite?