On this day in 1955, Disneyland opened to the world and has been a staple of Anaheim, California for the last 64 years. In those years, Disneyland has seen numerous changes, but Walt himself said “Disneyland will never be completed. It will continue to grow as long as there is imagination left in the world.” Attractions come and go, new lands are built, but a few originals still reside in Walt’s original Magic Kingdom. While many of these opening day attractions have seen changes over the years, the legacy they uphold still stands today. Here’s a look at the attractions that opened on this day in 1955.

The Disneyland Railroad has seen many changes since 1955. That includes the addition of two new stations, and the most recent track adjustments to accommodate Galaxy’s Edge. A quiet little haven on Main Street, the Cinema showcases some of the earliest Mickey Mouse shorts for all to enjoy! This attraction does live up to its name, as it’s one of the scarier dark rides. It might not be the most suitable for young children, but Disneyland needed an attraction highlighting the first Disney animated movie. The only “ride” in Disneyland, because all others are known as attractions. Mr Toad’s is also a little on the scary side, but with its unique story and the fact that it highlights one of the lesser known Disney films, it holds its own as a classic opening day ride. The larger than life spinning tea cups first opened in Fantasyland right behind King Arthur Carrousel. It was a delight to guests of all ages, as they could spin their way around the attraction. The Mad Tea Party was moved to its current location during the 1983 Fantasyland overhaul. One of the most quaint Disney Parks attractions, the canal boats are often overlooked by guests. It’s a cute way to hear about classic Disney tales and see meticulously crafted models of characters homes and castles. This is the oldest of all of the attractions, as it is believed to have been used in the early 1900’s. It is around 100 years old and was purchased by Walt from a previous amusement park. He had it transformed to feature only horses, instead of the variety of animals it held before. Guests of all ages have been able to get behind the wheel and drive into the land of Tomorrow. It’s definitely a favorite of young drivers, and continues to change as technology and vehicles progress. While the current Jungle Cruise is much shorter than what first opened, it’s still a classic for all to enjoy. Guests of all ages laugh along at the quirky skipper jokes, and encounter plenty of animals along the way. A cruise around the Rivers of America is one of the most relaxing ways to see the park. While it hasn’t changed much over the years, it continues to be a favorite mode of transpiration to many. Which is your favorite opening day attraction? 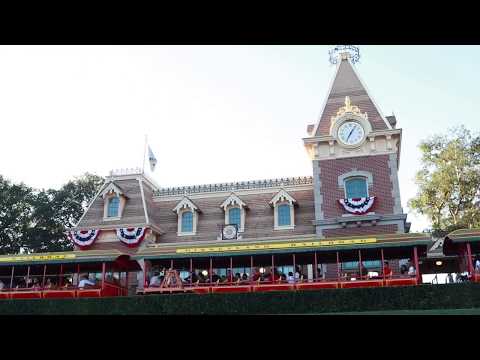