The nostalgic factor is real! On Wednesday, The Ellen Show premiered a brand new trailer for Disney and Pixar’s Finding Dory. In the latest peek of the film, familiar faces and scenes return.

Dory, the bubbly fish with a slight memory issue, comes to the realization that she misses her long lost family. When returning back to her original home, things seem to be a bit fishy.

Check out the latest trailer below. Also, you may need a few tissues!

Disney•Pixar’s “Finding Dory” reunites everyone’s favorite forgetful blue tang, Dory, with her friends Nemo and Marlin on a search for answers about her past. What can she remember? Who are her parents? And where did she learn to speak Whale? Directed by Andrew Stanton (“Finding Nemo,” “WALL•E”) and produced by Lindsey Collins (co-producer “WALL•E”), the film features the voices of Ellen DeGeneres, Albert Brooks, Ed O’Neill, Kaitlin Olson, Ty Burrell, Eugene Levy and Diane Keaton. 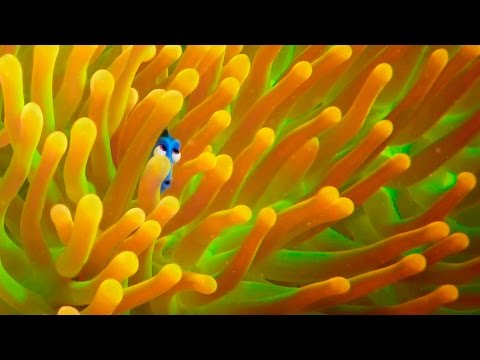