After the great launch of Season 4’s Frozen themed season, Episode 2 is a little forced. While we still focus on the Elsa and Anna in this episode, the story seems to be forced so that Elsa can get to know Once heroes.

Regina has decided that the best way to deal with heartbreak is to stay at home, away from everyone including Henry who desperately wants to be with her, mostly to keep her from turning back to her old ways. Even in the unaired scene, we can see that Regina has no desire to deal with her issues, but that there are a lot of people the do care for her. The Charmings, Henry, Hook and Emma genuinely want to be there for Regina which I think she finds touching, but she has been evil for longer than she has been good. Her path to staying good is really being tested with her True Love being taken from her.

What happens when you put a curse on the town of Storybrooke? You become mayor of course! Or at least the is dwarf logic, when the town loses power when a giant ice barrier is put in place to surround the town. Mary-Margaret is finally expected to be the leader she fought so hard to be in the Enchanted Forest, but now that she has a new baby the timing isn’t exactly perfect. After having a bit of a tantrum and yelling at Grumpy, Happy and Grannie she is able to get the back-up generator fixed and give the town power. The story for Mary-Margaret that awaits us is her dealing with leadership and balancing it with her home life.

Anna makes it safely to the Enchanted Forest and ready to start her adventure to get answers for Elsa. Like any good fiance would, Hans not only keeps Elsa safe but also connect Anna to his old friend David (in her Pre-Prince Charming days). Disguising herself as Joan (probably from the Joan of Arc painting in her great room) Anna and David met. But their new friendship is put to the test when Bo Peep, a magical thug who ‘keeps the land safe’, shows up demanding payment and puts a tracking curse on David and his mother which enslaves them if they don’t pay.

Anna encourage David to fight back and ultimately ends up being the one to teach David how to wield a sword (Anna was taught by the guards in the castle during her bored-to-pieces days.) Then she gets captured and cursed by Bo Peep herself and David saves her, which gives allows for him to find the strength he needed to become the David we know today. However, this meeting is all about helping Anna to get started on her quest for answers. With the help of David’s mother, she seeks out Rumpelstiltskin who just so happens to be watching Anna.

Elsa, in all her frozen power glory decides that no one leaves the town until she finds Elsa causing the emotional magic to put an ice wall all around the town. David, Hook and Emma go to investigate where they run into Elsa for the first time. She tells them she won’t take down the wall until her sister is brought to her, which no one knows who she is. Emma tries to approach Elsa, causing her to lost control of her magic and traps them both in a cave in the ice wall.

On the brink of death Emma and Elsa bond through their parenting issues and with the help of David, they are able to convince her that she can do anything and she is strong. This allows her to snow magic a hole in the giant ice wall freeing Emma and Elsa. Upon trying to take down the ice wall, Elsa is unable to causing a new mystery that needs to solved. But in the ice cream parlor we meet the Ice Queen and new foe.

It is clear that the writers are wanting to stay true the theme of Once, which is use the fairy tale stories we know and love but use them as inspiration vs cannon. Elsa clearly has no way to control her powers without Anna, which is why she seems so driven to find her in the new world. Because she is afraid, she can’t seem to control herself. It is odd that this is the route they went, since in the movie she finds control and her self by the end leading the audience to believe that she will be a great queen. How did we go from a confident woman to a scared, pining little girl? I hope this gets explained through the season and that get the confident woman back.

Emma and Elsa are on track to be best buds through their bonding over having a not so stellar past with their parents and trying to figure out who they are. Getting to see Emma vulnerable (both physically and emotionally) is very rare for her character but learning that she is still unsure about her role as the savior is moving to the audience and Elsa.

I think the writers were a little too ready to not make Elsa the villain. With the introduction of the Snow Queen (most likely from the Narnia franchise) and the bonding between Elsa and Emma that the Frozen team isn’t who we need to worry about.

I was also disappointed in the introduction of Bo Peep. I know Once isn’t just about ‘Disney’ stories, but serious just throwing in the old classic. They did that before with Hansel and Gretel and it didn’t make much sense then either. Its like in order to develop the character’s back story they have to make this arbitrary villains with random magical powers that the audience doesn’t really care about. I mean if you have to pick between your emotional attachments to Ursela or witch that eats children, chances are Ursela is the story you really care to see.

I really want to know what the deal is with the Sorcerer’s Hat and not getting anything from that tease from the first episode is KILLING me!

But the real questions is, why is Once doing a story vomit in this stories? Seriously, between Frozen, Sorcerer’s Apprentice, Narnia plus the problems with Regina and Robin Hood, the Charmings new baby and the complicated love story between Hook and Emma, it makes me wonder how this are all going tie together and make any sense.

Only time and more episodes will tell, but I am eager to see this develop. 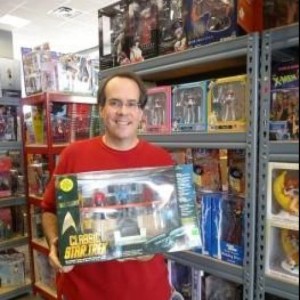