There is a new teaser trailer for Thor: The Dark World. That means Marvel Studios phase two is in full swing.

Thor: TDW (Dark World abbreviated) looks like a much more action packed film than its predecessor. Everyone appears to be back, especially Jane Foster, played by Natalie Portman.

I’m glad this will be more about the nine realms, rather than time on earth. But, there is an invasion of
earth from the dark elf villains.

I’ll admit it’s hard for me to be excited about another Thor movie. This is mostly because I’m just not a big Thor fan. But, I admire how Marvel Studios has brought these characters to life, and Tom Hiddleston’s portrayal of Loki is greatly enjoyable. Having a more action packed movie will help too.

Overall, I do imagine it will be a great blockbuster. And it is to pave the way for an Avengers sequel. The first phase did a great job at leading up to the first film of this epic franchise. Thor: TDW looks to do the same. And, from the looks of Iron Man 3, these characters will have some dark conflicts, especially with those closest to them. 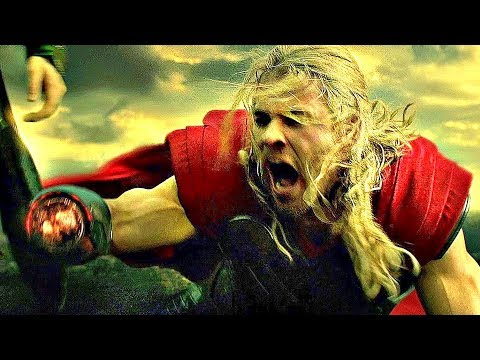 And until next time, have a Marvel-ous day!
The post Watcher Wednesday: Thor – The Dark World Teaser appeared first on DAPs Magic Geeks Corner.