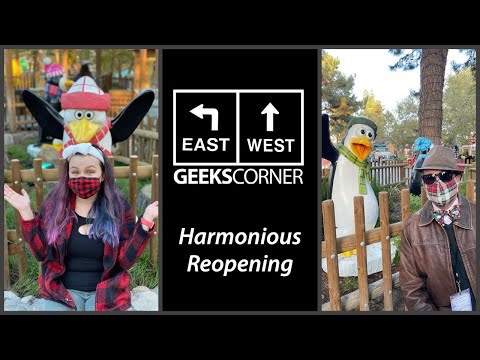 GEEKS CORNER is the weekly web-show hosted by the geeks of DAPS MAGIC. It is dedicated to Disney geeks who might also happen to geek out about some other things as well.

On October 5, 2010, the first episode of GEEKS CORNER hit the internet. Since then, it has provided a new episode every week for Disney geeks who also like to geek out about other things. On this first night it was just Mr. DAPs and Johnny 5, since then the team and show have expanded.

Through the years there have been guests, interviews, on location shows, music, puppets, challenges, battles, and more. At the core though, the show has always been a place for geeks to come together and geek out in a safe environment where geekiness is celebrated!

GEEKS CORNER is currently filmed live every Tuesday night at 9:30 pst and then streamed live around the globe. It continues to be hosted by Mr. DAPs who is joined by Caitie Bear and Cameron Jackson! We invite you to join us!

The geeks would love to connect with you on social media! Most are on Twitter, Instagram, and Facebook! However, the easiest place to find them is by going to Twitter and utilizing the hashtag #GEEKSCORNER. Wherever you connect with us though, we’d love to continue to geek out with beyond Tuesday nights!

There are multiple segments that have appeared on GEEKS CORNER. They have included special guests, games, Headlines from the Future, and many more! Enjoy these unique segments from this unique show.

GEEKS Against Bullying - We Stand With Kelly Marie Tran

Mr. DAPs gets arrested by the First Order at Disneyland

Join us LIVE every Tuesday night at 9:30 PST when we film live!

GEEKS CORNERis a web show produced by DAPS MAGIC that is all about geeking out about topics including Disney, Star Wars, Marvel, Muppets and more! It is filmed weekly at 9:30 PM PST and live-streamed on thegeekscorner.com.

Join us during episodes on twitter with the hashtag: #geekscorner