The Disneyland Resort has been changing daily for the last few weeks. Something new is always being worked on, whether it be an attraction refurbishment, new pavement being installed, or a new land being built. We’re about a month away from the opening of Star Wars: Galaxy’s Edge, and preparations are underway at Disneyland for an influx of guests they anticipate to arrive this summer. Here’s a look at some of the updates around the resort from this week.

Project StarDust is something we’ve mentioned before, which are changes around the park like flattening curbs, widening entrances, and even sprucing up the castle. As a part of Project StarDust, some of the entry paths into certain lands will be widened. The Adventureland walkway will be widened and has seen some major changes in just this week alone. The marquee sign has been removed and a temporary sign to the right of the walkway has been added. No need to fret, an Adventureland sign will be back, and most likely larger than the one from before. We can imagine it will look very similar to its predecessor.

New things are popping up in the resort as well! Over in Disney California Adventure, the framework has started to go up in the soon-to-be Marvel-themed land! It looks to be part of the show building for the Spider-Man attraction! We can’t wait to watch this land unfold over the next year! Meanwhile, over in Pixar Pier, some theming is up for the Inside OutEmotional Whirlwind. It’s a wall full of memory orbs that looks like it will also light up at night. While we’re unsure when this attraction will open, it looks like more and more is being added. Also over in Pixar Pier, some character elements have been added to the seating areas by the games and Pixar Pal-A-Round. The character additions look very similar to the ride vehicles on the Pal-A-Round and are a fun and whimsical touch to the area.

Lastly, the Opera House in Disneyland has made way for Aladdin. Guests can see concept art, costumes, props, and a preview of the live-action adaptation of this classic tale. It opened yesterday to guests and looks like it will be great fun. While this sneak peek is temporary, it’s a fun update to the park to enjoy on warm days. 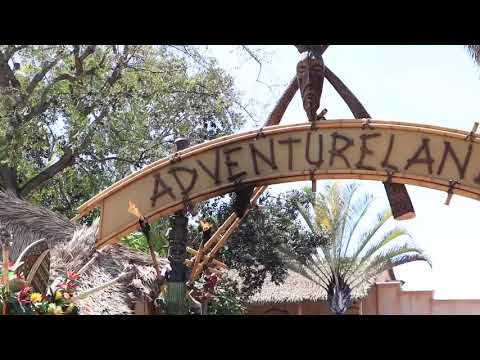 What updates are you looking forward to seeing in the coming months?