A Night At Taste of Downtown Disney

Matthew: Chris and I had the pleasure of representing the DAPs Magic team at the Taste of Downtown Disney benefiting the CHOC Walk. Throughout the evening we were able to sample the menus of six of the most popular Downtown Disney eateries as well as experience a live art installation and visit the WonderGround Gallery. We both stepped a bit outside of our usual culinary bounds to sample some tasty food. We left with full stomachs having had a fantastic night. We’ll take you through each of our stops and tell you what we enjoyed the most along the way.

Chris: Our first stop was Ralph Brennan’s Jazz Kitchen®. We were there a little bit early and got to enjoy the view of the Downtown Disney District from the second floor balcony. The Mushroom Gnocchi with Duck Confit was my favorite of the food options we sampled at the Jazz Kitchen. Paired with the Anchor Brewing’s Anchor Steam beer, this was an excellent way to start the evening.

Matthew: I’ll agree with Chris on the gnocchi. I’d never had duck before and thought it was a great dish. I skipped the watermelon bruchetta because I am not the biggest fan of the fruit. I really liked the Anchor New Orleans Rum Hurricane. It was a fresh way to begin our adventure.

Chris: The second stop was ESPN® Zone. The fare here was more in line with our typical taste. From delicious Parmesan fries to the Pork Belly covered in a unique BBQ sauce, everything here was great. My favorite part was the Noble Ale Works Naughty Sauce beer which was the best of the “fun drinks” of the evening. This beer is a golden milk stout brewedwith coffee. Although I loved this, Matthew wouldn’t even go near it because it was both beer and coffee: two things of which he’s not fond.

Matthew: Next we hit Tortilla Jo’s, the restaurant at Downtown Disney I’ve visited the most. I was looking forward to this stop because I knew they’d have fresh guacamole—a Tortilla Jo’s speciality—and I was not disappointed. The first food stop was taquitos served with a delicious tomatillo sauce and sour creme. They were an excellent pairing with the second course of fresh chips and guacamole. For those that were more adventurous than I, a spicy guac option was available. There were refreshing agua frescas for those staying away from the adult beverages as I was at this stop.

Chris: I was excited to try Catal Restaurant & Uva Bar as I have not yet ventured there in my normal Downtown Disney dining adventures. I was pleasantly surprised by the shrimp cocktail and whiskey cocktail. But it was the lamb slider that topped the entire experience at Catal.

Matthew: After Catal, we got to take a break from the dining and visit Art Attack where artist Stephen Fishwick painted animals with only splatters and his hands. He spent 15 minutes making a single painting and we had no idea what animal it was until the very end when he flipped it upside down to reveal a gorilla. I was amazed. It was so cool to watch and a nice break to let the food digest.

Continuing on our art journey, we got to stop at a private viewing at the WonderGround Gallery. I’ve enjoyed stopping by this Disney art inspired store from time to time since its opening last year, but this was a nice time as there were tables and chairs as well as snacks from La Brea Bakery. There were several artists there talking about their work, which was a special treat.

Chris: By the time we got to House of Blues, we had consumed so much food that it was difficult to be excited to eat even more. They served a fresh kale salad alongside a slider that had nicely seasoned pork. The event was nearing its end so we decided to skip the Anchor Brewing beer options here.

Matthew: Our last restaurant stop was Naples. I had not yet had the pleasure of trying their famous pizza. They served a unique but very enjoyable Eggplant Parmesan alongside some nice and crispy on the outside Risotto Balls. I wish this stop had been earlier in the evening as Italian food is pretty heavy and we were getting too full to eat our whole portions.

Chris: Deserts were provided by La Brea Bakery and served between Tortilla Jo’s and House of Blues for a perfect view of the Disneyland fireworks. There were cheesecakes of all different kinds but my favorite of all was the incredibly fresh Snickerdoodle cookie from La Brea. We had to split it because we were both so full, but I will definitely be visiting La Brea again for a cookie just for myself.

Matthew: We had a blast at this event and gained a few pounds in the process! This event is a great way to sample some of the foods you might not otherwise get to try and help out a great cause! You should definitely check it out next year for a great experience. 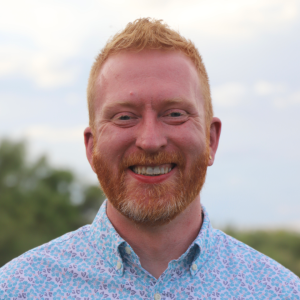