Sofia the First – Clips and Activities

And Includes “A Princess In Training Activity Kit” with Stickers & Tiaras

Disney Junior’s animated television movie “Sofia the First: Once Upon a Princess,” which was crowned the #1 preschool cable TV telecast of all time when it aired on November 18, 2012, arrives on DVD March 5, 2013.

Now for the first time on DVD, young viewers can join Sofia the First as she experiences first-hand what it really means to be part of the enchanting world of a princess.

When Sofia’s mom marries the king, she’s whisked off to the castle, where she learns what it means to be a true princess. In addition to learning how to fit in with her new family including her step-father, King Roland II, and step-siblings, Amber and James, Sofia quickly discovers that looking like a princess isn’t all that difficult, but possessing the characteristics of a true princess – honesty, loyalty, courage, independence, compassion and grace – is what makes one truly royal. While living in a captivating world of castles, wizards and flying horses, Sofia is a relatable peer-to-peer princess who is experiencing many of the same social situations as young viewers at home – learning how to fit in, making new friends and conquering new skills. Helping her in her journey are the three headmistresses of Royal Prep Academy – Fauna, Flora and Merryweather (the beloved fairies seen in Disney’s classic “Sleeping Beauty”); the royal steward, Baileywick; and a group of cute woodland creatures including a rabbit named Clover; as well as Cinderella, a classic Disney Princess, who makes a special visit to offer Sofia words of wisdom.

About The TV Series: 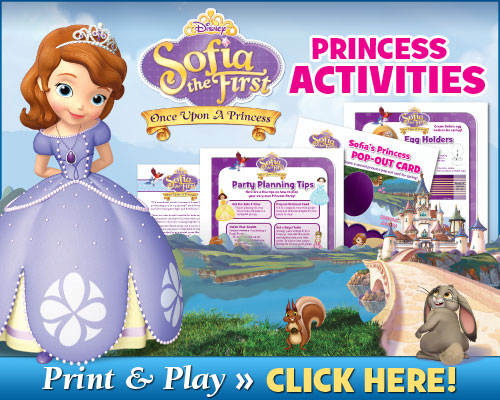